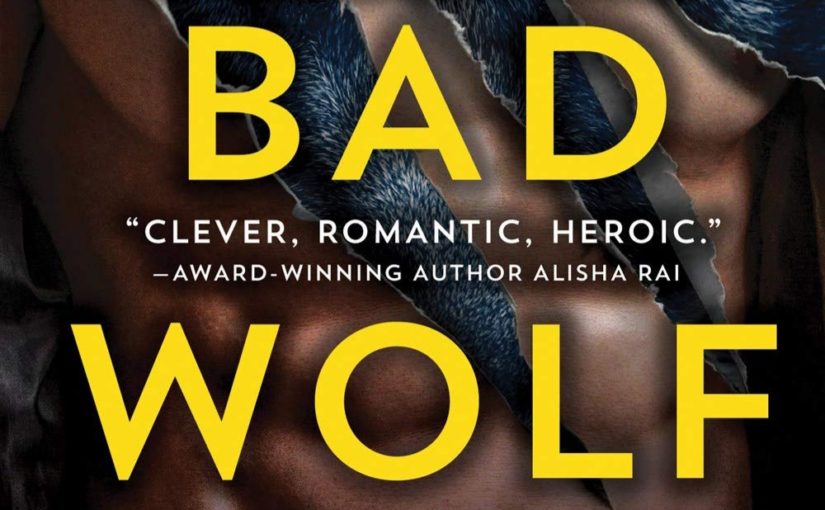 One of the strengths of the paranormal fantasy is its ability to make the metaphors manifest, and then play with them in really concrete terms. One of my favorite werewolf stories, for example, is Ginger Snaps, a turn of the millennium film about two pubescent sisters, one of whom begins turning into a werewolf. The lycanthropy in Ginger Snaps works as this really extreme metaphor for all of the dangerous becoming that happens to girls in puberty: sexually, personally, socially. One of the reasons it works so well is that the actuality of puberty is going on as well — the lycanthropy is a metaphor, yes, but the real world thing exists too. The metaphor doesn’t erase the reality, it heightens it.

There’s this really great scene where the younger sister goes to the school nurse and begins describing the changes in her werewolf sister — sexual awaking, blood, hair growth — and the nurse clucks knowingly and gives her a pamphlet about “Your Changing Body!” or somesuch. It’s a gesture to how the literature about puberty is both accurate, physiologically speaking, and absolutely misses the mark when it comes to the lived experience of the average person at that vulnerable period. I don’t remember getting a pamphlet about dealing with sketch dudes on the bus when I was 14, but unwelcomed sexual attention is, unfortunately, a very real aspect of puberty for many girls & people assigned female at birth. The way the werewolf is used in Ginger Snaps doesn’t erase or replace the experience of puberty, it heightens it.

Anyway, point being, for every story like Ginger Snaps — which flawlessly combines both the metaphorical and the actual — there’s a dozen which treat the metaphor of the paranormal other as somehow more real than actual, legitimate, real world problems, prejudices, and bigotries. This is especially true when the paranormal identity is understood to be a persecuted minority and acts as a stand in for race. I’ve seen many fictions erase systemic racism in lieu of the simplified and ahistoric “prejudice” against their made up whatsit. It’s not that I don’t think people wouldn’t be bigots about werewolves/shifters/vampires should they be revealed to be real, it’s that I think they’d be racist about them in addition to all the stuff they’re already racist about.

Which is why Suleikha Snyder’s Big Bad Wolf is such a godamn breath of fresh air. So much — so much — paranormal fantasy takes place in a magical America which isn’t riven by bone-deep, brutal, and violent disagreement about who gets to count as a person. We’ve all seen the state violence — children in cages, Black people murdered by the police with no accountability — and that’s not even getting into the stochastic terrorism that makes up the background radiation of the Trump years. If, somehow in the last four years, supernatural beings were added to the population as a category of persons who exist, they would have been subject to the exact same treatment as every other minority. Which is to say: poorly, and worse and worse for intersectional identities.

Big Bad Wolf focuses largely, though not exclusively, on the relationship between Neha Ahluwalia and Joe Peluso. He’s a white former soldier who murdered six Russian mafia dudes, and she’s a Desi lawyer who’s been tasked with defending him in court. He was part of a super secret military unit which was changed through scientific fuckery into a wolf shifter, but for unknown reasons he never used his shifting abilities when he smoked the mafia dudes. Neha has a PhD in psychology in addition to her JD, so she’s sent in to try to get him to cooperate with his legal defense. So far he’s been anything but cooperative.

Joe and Neha have an almost immediate connection, one that discombobulates them both. He’s got a healthy dose of self loathing going on, both because of his military service and because he legit murdered 6 dudes in cold blood. Her motives are a little less legible — he is, after all, a murderer — but their dialogue is snappy and I’ll allow a lot of emotional latitude setting up a world this complex. At a certain point Neha has to decide whether to follow her intense reaction to Joe, or stay on the straight and narrow. She makes the leap, and ends up on the run with Joe, dodging the cops, the Russian mafia, and possibly the military.

Because that’s the thing: this novel takes place firmly in Trump’s America (though I’m reasonably sure he’s never named). As the child of immigrants and a lawyer, Neha has a richly textured understanding of how scary it is out there for brown people, for women, for non-Christians. Early on, Joe tries to pull some economic anxiety bullshit on her — you’re just into me because I’m working class — and she’s like pffffft, that’s nothing. I’ve survived the last four years; slumming doesn’t factor. Yes, absolutely, he’s seen some shit, and what was done to him was wrong. But his experience of being hung out to dry as a shifter once the military was done with him is just one injustice. There are so many others, and there’s no rules that say you only experience the one.

As the first in a series, there are a lot of people, organizations, and lore that need explaining, and the narrative feels occasionally cluttered with their introductions. Relatedly, because there are so many people, the character sketches of anyone but the leads are pretty rudimentary. This is less a complaint and more an observation. Even though there are a lot of moving parts, Snyder has a firm hand on her exposition — I never felt like, who the hell is this person, I have no idea how they fit in. Given the size of the cast, that’s no small feat.

Yesterday, I bolted down all 6 episodes of Staged, a pandemic-produced BBC series starring David Tennent and Michael Sheen. I’ve watched a couple other shows produced during the pandemic, stuff like Host (a pretty cute found-footage horror film about a tele-séance) and Locked Down (which I turned off after 15 minutes because of its fucking awful script.) Staged was absolutely pitch perfect, the pandemic production I didn’t even know I needed, coming at just the right time. Big Bad Wolf is exactly like this for me, a corrective to the sometimes ahistorical metaphorical landscape of the paranormal, coming at a time when history demands accounting. Put less douchily: It’s so welcome to see family and friends on the pages of of a novel, living in the same conflicted and dangerous reality, but intensified by a paranormal element that gives the everyday that much more freight.