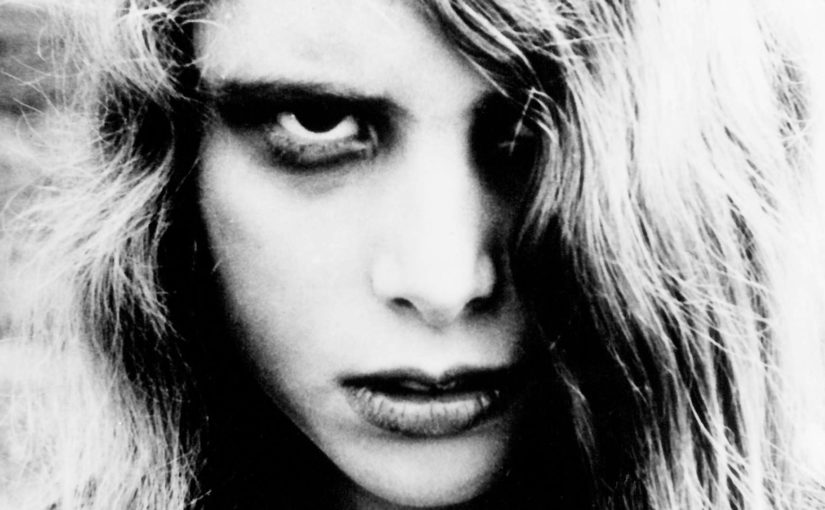 However many years ago (many), I diligently rounded up every The Walking Dead episode as it aired. It was in the doldrums of season 3, so I did a lot of bitching, but it was still a fun exercise. I know I’m super bad at follow-through when I assign myself homework, but I’m going to make a stab at it with HBO’s newest zombie show, The Last of Us. Already I’m off to a great start, because it’s been a solid week since the show premiered, and they’ve already aired episode two. But to begin my chatting about the first episode, I’m going to make some disclaimers and talk about zombie tv, ok? Ok.

The Last of Us, like The Walking Dead, is based on preexisting media, this time a video game instead of comics. I had read up to the second compendium with The Walking Dead — roughly when the prison is breached — but I don’t have that kind of background here. I’ve never played the game, so I don’t have any particular feelings about this casting choice or that. I do know that the usual suspects are mad about Black people existing and whatnot, but those types can dry up and blow away. I’m going to take the individual performances as they are, and not as some perfect 1:1 version of the video game. I totally get having things in your head if you’re familiar with a specific narrative, but that’s not where I’m coming from. Moreover, perfect fidelity to source material is not my metric for success. One of my favorite film adaptions of a book — and, coincidentally, another zombie narrative — is Pontypool, based on the novel Pontypool Changes Everything by Tony Burgess. The film uses only one of the intertwining plotlines in the novel — which are alluded to in brief, weird interludes — because an attempt to portray everything that happens would get diffuse quick. The narrative’s simplicity makes it a stronger film.

So. The opening of The Last of Us is very much what Colson Whitehead, in Zone One, described as the Last Night. It’s the last day of normalcy before the world falls away and everything changes. As the wry narrator in that novel observes: “At their core, Last Night stories were all the same: They came, we died, I started running.” Whitehead’s ironic dismissal is a sort of inversion of Chekhov’s old saw from Anna Karenina: “Happy families are all alike; every unhappy family is unhappy in its own way.” The unhappy beginning of any zombie story is the same: they came, we died, etc. I say ironic, because however distanced the reader is by narrative bracketing or other literary tricksiness, those Last Night stories are individually, personally gutting. Every Last Night story is about someone losing everything, often violently. That zombie stories flatten this trauma to some snatched keys and a locked bathroom door speaks to the emotionally insulating power of the genre trope, something writers have to consciously write against.

We first meet Joel and his daughter Sarah on the morning of his birthday. Sarah’s got all the poise of a child who’s had to keep things together because her parents won’t — or can’t. The mother is absent — I presume dead because there are still pictures of her in the house — and Joel seems to work too much. He promises he’ll be back in time for them to celebrate his birthday, but this is inevitably not the case. We then follow Sarah through her day: she goes downtown to fix a watch with (unknown) special significance; she visits with the neighbors she finds affectionately annoying. During these mundane tasks, there’s this thrum of disquiet. The wife of the man who fixes her watch hustles her out of the store, telling Sarah to get home before she hurriedly closes up. In one of the more unsettling scenes in the pilot, the catatonic grandma at her neighbors’ goes through unnatural facial contortions, but we only see this out of focus behind Sarah’s turned back. Sirens blare in the distance constantly.

This opening does such a good job of showing a normal that is just on the edge. Sarah keeps listening too long at things in the distance, or seeming watchful in moments that aren’t overtly wrong. A nice detail: when her father eventually turns up, he remarks that she finally locked the door, something she apparently never does. A lot of Last Night narratives don’t linger much in the moments Before. A good example would be Zach Snyder’s Dawn of the Dead remake, which has the heroine witness the bloody murder and reanimation of her husband in the first minutes, then never much fusses with her grief; indeed, I don’t believe he’s mentioned again. But The Last of Us almost gives us an Obituary, in Whitehead’s taxonomy of Last Night narratives: a tale told to the intimate, with a full accounting of the loss. The other two possible modes are the Silhouette, for those to whom no connection was felt, and the Anecdote, suitable for large groups and the more long-term of the short-term traveling companions. (These distinctions will come in handy when talking about how Ellie and Joel interact, later.)

The day winds down quietly. They have cake and fall asleep in front of the tv watching a movie borrowed from the neighbors. This peaceful tableau is interrupted by a call from Joel’s brother, Tommy. Tommy’s gotten himself thrown in jail in Houston for assaulting someone, and Joel goes to bail him out, leaving a sleeping Sarah. She wakes up later to the sound of helicopters and distant booms. When she goes next door to investigate why their dog is out, she finds a blood-soaked kitchen with grandma feasting on her daughter’s body. Joel and Tommy return and order her into the truck, at which point they race off, trying to get out of the city. In their mad dash out of the city, there’s all manner of unsettling shit going on, but just over there, and then you’re past it. When Sarah is eventually killed — you can see this coming a mile away — it’s at the hands of a soldier, not one of the “clickers” (as the zombies here are styled.) He clearly gets orders to kill the two civilians over his walkie, shooting at them as they run away. This sets the themes for the rest of the episode: the government cannot be trusted, and only people working through mutual aid and community organizing are going to get anything done.

The narrative skips ahead 20 years; the location is now Boston. We don’t immediately catch up with Joel. Instead, we follow an unkempt and dirty child as he makes his way through the wreckage of modernity. I immediately got all excited because I’ve been working on a catalogue of zombified children, and this kid seemed stumbling and glazed enough to register as infected, if not a full-blown zombie. He’s allowed into the Boston FEDRA QZ (Federal Disaster Response Agency and Quarantine Zone, respectively) but strapped down to a wheelchair, The Girl with All the Gifts style. A woman speaks gently to him while he’s given a shot. We catch up with Joel after this sequence: He’s loading bodies into a pyre when a woman working alongside him balks at putting a child in the fire. It’s the boy from earlier; he must have been euthanized. I suspected that was what happened, but now I know, and without a lot of arm-wheeling. There’s a lot of nicely compact storytelling going on without a lot of fuss, like government-style posters on the wall which explain how the location of bite relates to infection time, or the fact that government is now conducted on scraps of paper and a stamp.

We follow Joel through his day. He lines up work for the next, talks to a guard who turns a blind eye to his smuggling, and tries to contact his brother, who is apparently the other half of the supply chain. Tommy’s been radio silence for longer than usual, and it’s making him and his girlfriend Tess nervous. Along the way we get a good cross-section of life in the QZ. The FEDRA administration of the QZ is apparently dystopian enough to have an organized resistance against them, a group called the Fireflies. When a deal of Joel’s falls through, he ends up grudgingly agreeing to take a young girl to a Firefly location outside of the QZ, at which point he’ll have what he needs to find his brother. This marks Bella Ramsey’s entrance into the narrative. I sincerely love a foul-mouthed sass, and Ellie’s character is that plus some. The Fireflies believe she’s important, though the not so hidden football is that they believe she’s the key to a cure. (There will be more on this later.)

On their way out of the QZ, they come in conflict with the guard Joel is friendly with. This confrontation was similar enough to Joel’s run-in with the soldier who murdered his daughter to trigger a pretty healthy rage response. He ends up beating the guard to death, while Ellie looks on in horrified wonder. Everyone completely does their jobs here, especially Ramsey, who manages to convey a lot of complex emotion. Joel’s violence on her behalf registers almost as a form of affection: he is willing to kill to protect her. I’ve often said that violence nurtures domesticity in zombie narratives, often paradoxically, and that’s not always or often a good thing. Largely this takes the form of white men murdering folk because of some high-handed ideal which crumbles the minute you look past the soundbite (pun intended). But here it’s much more nuanced than most. Ellie and Joel both have their motivations, which ultimately lock together. He’s still grieving a daughter; she’s never had a parent, let alone baseline affection from the adults around her. They don’t lock together here in the first episode — that would give short shrift to their very real trauma — but you can see how they might.

All in all, I was well pleased with the beginnings of this story. My kid, who is a video game nerd, was a little dismissive when I asked him if he’d watched this. “The video game is trying to be a movie,” he said, “so it makes sense the adaption would work.” While that definitely gave me food for thought about the aims of both genre and medium, it didn’t crimp my enjoyment. Inevitably, the take-home is that mushrooms are fucked up, a sentiment I can get behind.